TIFFANEWS.COM, – The plan for regional expansion in Papua which is currently being rolled out in conjunction with the plan to revise the Papua special autonomy law must be included with good intentions to promote the welfare of indigenous Papuans.

In addition to paying attention to the welfare of indigenous Papuans, good intentions are also shown by obedience to the agreed mechanisms, namely through the MRP and DPR Papua.

Papuan figure Paskalis Kossay said this when he was a resource person for a Webinar with the theme, “The Positive Potential of Expansion for Papua,” organized by the Center for Humanitarian Studies and Development (PSKP), Tuesday, January 5, 2021.

“Remember! Local Papuans are the majority, therefore this division must also be guarded in good faith, because whenever there is a discourse to do this, it is always carried out in general and does not respect the mechanisms that apply in Papua. So in the future the aspirations at the community level need to be heard and heeded and considered. ” Paskalis said.

The former legislator in the Indonesian House of Representatives and the Papuan DPR said that so far the plan for regional expansion in Papua has always been accompanied by suspicions about the interests of non-Papuans, military interests because they are related to security posts, and the political disappointment of a group of Papuans for losing political competition.

“This kind of suspicion must be clarified and well explained, because such instincts are justified in a number of pemekaran areas that benefit from non-Papuans both in the realm of legislative seats and from an economic standpoint. Whereas the pemekaran and otsus Papua are actually aimed at indigenous Papuans, “said Paskalis.

The author of the book “Pemekaran Papua: Solutions or Problems” emphasizes that in principle, expansion is good for the community because it brings government services closer to the implementation of public services. What worries him is other hidden interests behind the proposed expansion. Therefore, he suggested that this expansion should really pay attention to the aspirations of the people, not the will of the economic and political elites.

In line with Paskalis, an academic from Cenderawasih University, Elvira Rumkambu, suggested that the expansion policy should consider the impact on community customary rights.

“This expansion policy must reconsider the impact on indigenous peoples and must also be assessed with the existing potential conflicts, as well as the general and psychological impact on Papuans.” said Elvira.

Ahmad Doli Kurnia Tanjung, stated that the discussion regarding autonomy and regional expansion in Papua had been proposed for a long time for improvement and had also tried to be included in the Prolegnas in the DPR through the DPR’s initiative and also from the government’s initiative.

Even so, said this member of the Golkar faction, this initiative must have a commitment that the land of Papua is an inseparable part because it is part of the Republic of Indonesia, then the land of Papua belongs to Papua and is a brother in arms and in arms.

According to him, there are two questions that need to be answered before the pemekaran is made, namely does the expansion solve the root causes of Papua’s problems, and whether an increase in the 2.25 percent allocation of funds can create a prosperous Papua?

“For me, we have to answer the problem formulation, then we will formulate something new. I hope let’s embrace aspirations, don’t ignore aspirations. Aspiration is important, because in principle, laws are born to solve problems, not create problems, ”he explained.

Previously, in the opening of the webinar, the Executive Director of PSKP, Efriza stated that in theory, regional expansion is a positive conception because if it is carried out properly it will improve the quality of life and welfare of the community.

This positive conception, said Efriza, always brings optimism every time there is a proposal for expansion. However, he emphasized that even though the expansion makes sense, the expansion process must pay attention to the aspirations of the community in which the region will be expanded.

“Every time there is a process for the expansion of an area, it is always filled with optimism and shadows of a better future. This assumption makes sense, but it must start from the aspirations of the community itself, “he said.

In the presentation of the PSKP, it was stated that the number of autonomous regions in Indonesia from 1999 to 2012 increased by 8 provinces, 175 districts and 34 cities. As a whole the number until 2014 has grown to 34 provinces with 508 districts / cities. President Jokowi has been moratorium on regional expansion since 2014 until now, currently, there are 314 proposed new expansion areas throughout Indonesia, which are still being held back due to the policy of the moratorium.

However, since 2019, President Joko Widodo during his working visit to Papua has received aspirations from the community, regarding the wish for Papua to be expanded. Even so, the expansion of the Papua Region must of course be based on Article 76 of Law Number 21 of 2001 concerning Papua Special Autonomy, which states that the division of the Papua Province was carried out with the approval of the Papua People’s Assembly (MRP) and the Papua People’s Representative Council (DPR).

Papuan Figures Remind Papua Expansion Plan Must Be Accompanied by Good Will – (tiffanews.com) 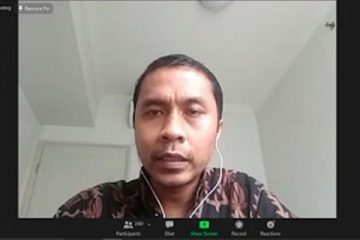 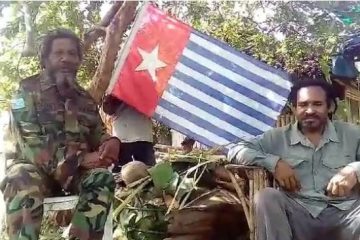